Where Did All the Projects Go? A Supply-Side Analysis of the Renewable Energy Market The renewable energy market is under unprecedented pressure. A near-perfect storm of challenges have created seemingly unending delays, cost increases, and uncertainty for buyers, sellers, suppliers, and other market participants.

For corporate and institutional (C&I) renewable energy buyers, this has resulted in a tighter supply of projects and 15-25 percent higher prices over the past year for power purchase agreements (PPAs).

This is the first of a series of blogs covering the current turbulence in the renewable energy market and what C&I buyers can do to stay on track with their climate goals.

There Are Tons of Wind and Solar Projects in the US….

C&I buyers are seeing a tighter supply of renewable energy projects, but that’s not because the projects don’t exist.

CFR’s analysis of the interconnection queues in the seven wholesale power markets, which cover most areas of the US where competitive renewable energy projects are available to C&I buyers, shows clearly that there is no shortage of planned projects.

There are over 900,000 MW of wind and solar projects at various stages of the interconnection process at transmission voltages (not including those at the distribution level, which tend to be smaller and therefore not of sufficient scale for most large C&I buyers). Many of these projects are early in the process and less likely to make it to commercial operation. But even if we weight the queue based on the development stage of the projects, there appears to be more than enough to meet anticipated market demand (more on that in the next blog). And more projects are added every day given growing demand for wind and solar energy.

…But They Are Fighting to Survive

The industry has plenty of sellers and buyers, but there are strong headwinds to successfully building and deploying wind and solar energy projects.

When a large wind or solar project is built, it needs to be connected to the electrical grid. The major wholesale electricity markets have been unable to keep up with the dramatic growth of new project interconnection requests in recent years. What used to take one and a half to two years to get through the queue process can now take three to five years or longer in some markets. This represents a major chokepoint in the availability of relatively advanced projects that buyers can contract with, particularly over the next two years. Several factors are making it increasingly difficult and expensive to source these critical materials from Asia.

The above (and other) factors have contributed to price inflation from the raw commodity level to labor and finished goods, and there is little sign of it abating anytime soon. The war in Ukraine is adding fuel to the fire as Europe looks to wean itself off Russian oil and natural gas, adding to the already high global demand for renewable energy. In the US, the Federal Reserve is raising interest rates to slow demand and curb price inflation, but this measure also raises the financing cost of these projects, adding another blow to project feasibility.

When will things get better?

The interconnection logjam is currently being dealt with on a piecemeal basis by the individual wholesale markets, but nothing has yet made a significant dent in the queue. The Federal Energy Regulatory Commission (FERC) has filed a Notice of Proposed Rulemaking to address the lack of long-term and inter-regional transmission planning. This is an important step to building renewable energy capacity, but it will likely be well into 2023 before queue reform at a national level is underway.

It is difficult to predict how much longer COVID will impact imports from China and other Southeast Asian countries. Though pandemic restrictions have relaxed across the US, the Chinese government’s “zero-COVID” strategy has imposed mandatory lockdowns despite their disruptions to Chinese manufacturing and global supply chains.

The forced labor issue should decline as suppliers develop either the appropriate documentation of compliance or new supply chains are established. Some panels from Southeast Asia are starting to move through the US Customs process, abating some of the constraint.

However, any supply chain improvements made by the above two factors are more than offset by the specter of import duties. The Department of Commerce is expected to make a preliminary decision on the petition as early as this July. If the petition is dismissed, this will remove the newest and most disruptive factor from the market, at least for the time being. If the decision is to move forward with a full investigation and potential tariffs, then it will be late 2022 or early 2023 before a final outcome is known.

Even if the ultimate decision is to not impose tariffs, or keep them at recent levels, the uncertainty had put on hold the large majority of new solar capacity in the US in Q2 2022. On June 6, the Biden Administration’s announced it has paused new tariffs on these imports for two years, which paves the way for panels to resume shipments. While the announcement gives the industry a two-year bridge period, new tariffs could still eventually be imposed from the investigation.

In the long run, renewable energy developers can side-step all these supply chain problems—pandemic delays, compliance on labor documentation, and import tariffs—by sourcing products from new locations. But that means suppliers in those new locations must expand their production capacity with new manufacturing equipment, which doesn’t happen overnight. In the US, tax credits could speed up capacity-building for domestic solar module producers, but that legislation is languishing in a divided Congress. This means it will likely be at least two to three years before a major supply chain shift can realistically occur.

Taking all these factors into account, the Biden Administration’s ambitious clean energy goals will be impossible to meet unless a full court press is made now to reduce barriers and provide appropriate incentives.

We aren’t going to sugar coat it: this is a tough market. However, corporations and large institutions still have ambitious climate goals to meet, and there is significant pressure from customers, employees, and younger generations to act.

Fortunately, despite PPA prices ticking up more recently (halting the continuous decrease we had seen over prior decades), forward curves suggest higher energy revenues for projects across all markets as well, which can help offset higher PPA prices. However, there are many factors affecting future prices, and buyers must recognize that there is risk of loss in any solution that relies on high market pricing to continue.

Despite all the challenges, attractive and creative solutions still exist, but they are harder to find and don’t stay on the market for long given tight supply and strong demand. Buyers need to be closely attuned to the market and ready to move quickly and flexibly when good projects become available. Managing risk in these contracts is as important as it has ever been, so good commercial and legal advice continue to be key. Here are two blog posts we’ve written in the past about managing risk:

Stay tuned for more updates from CFR on how to successfully transact in today’s market.

IMPORTANT NOTICE: There is risk of loss in any contract whose settlement floats with the market 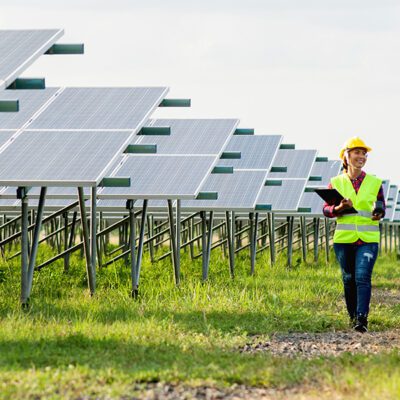